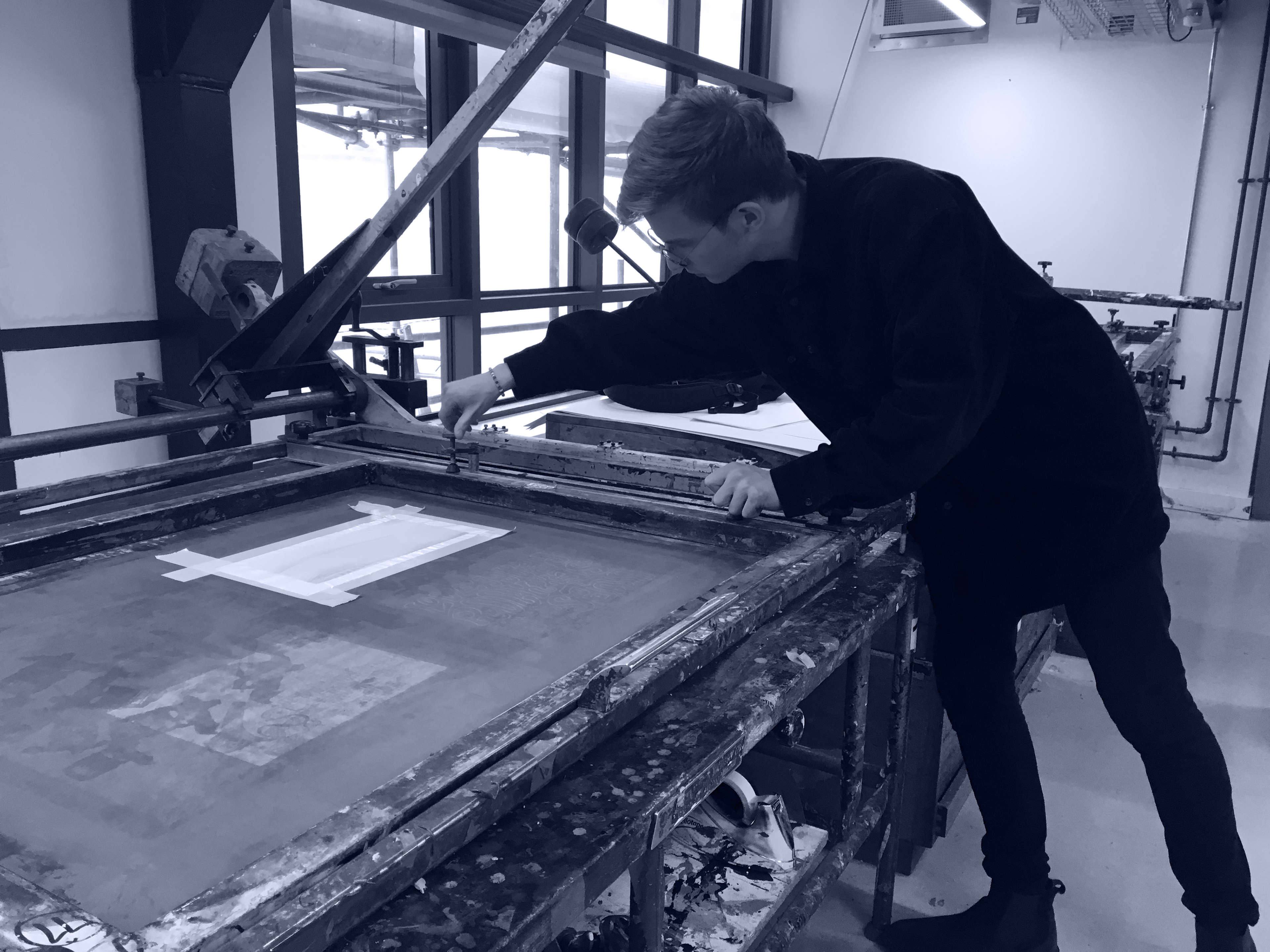 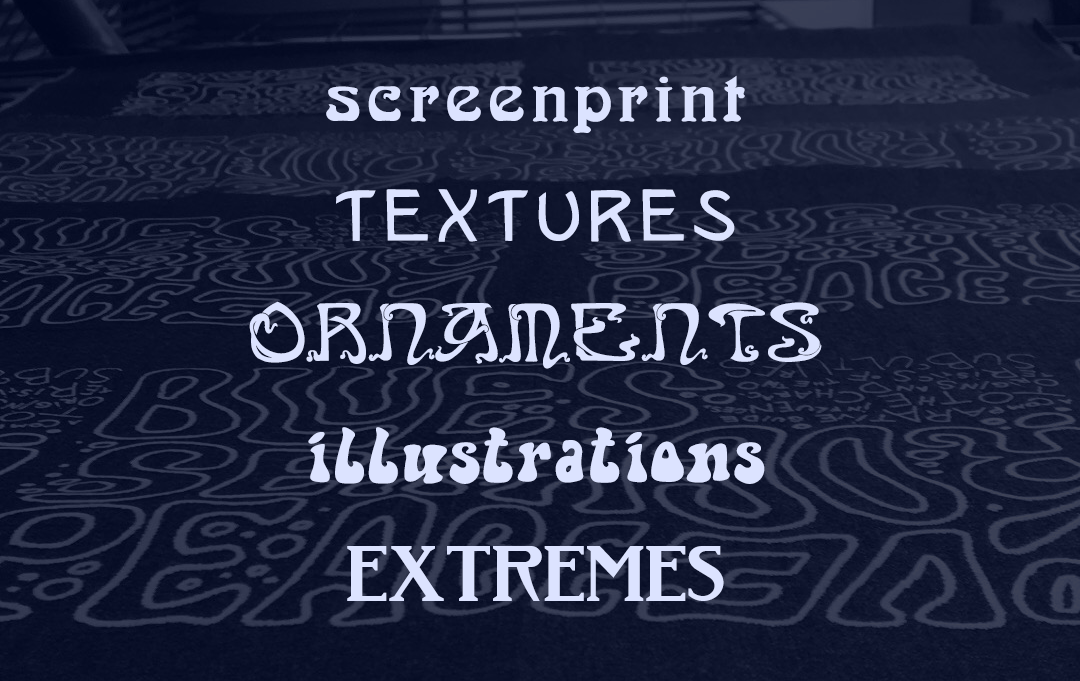 Hippies & Bluesers – a comparative publication about the influences, origins and characteristics of two subcultures around the 70's in Germany. 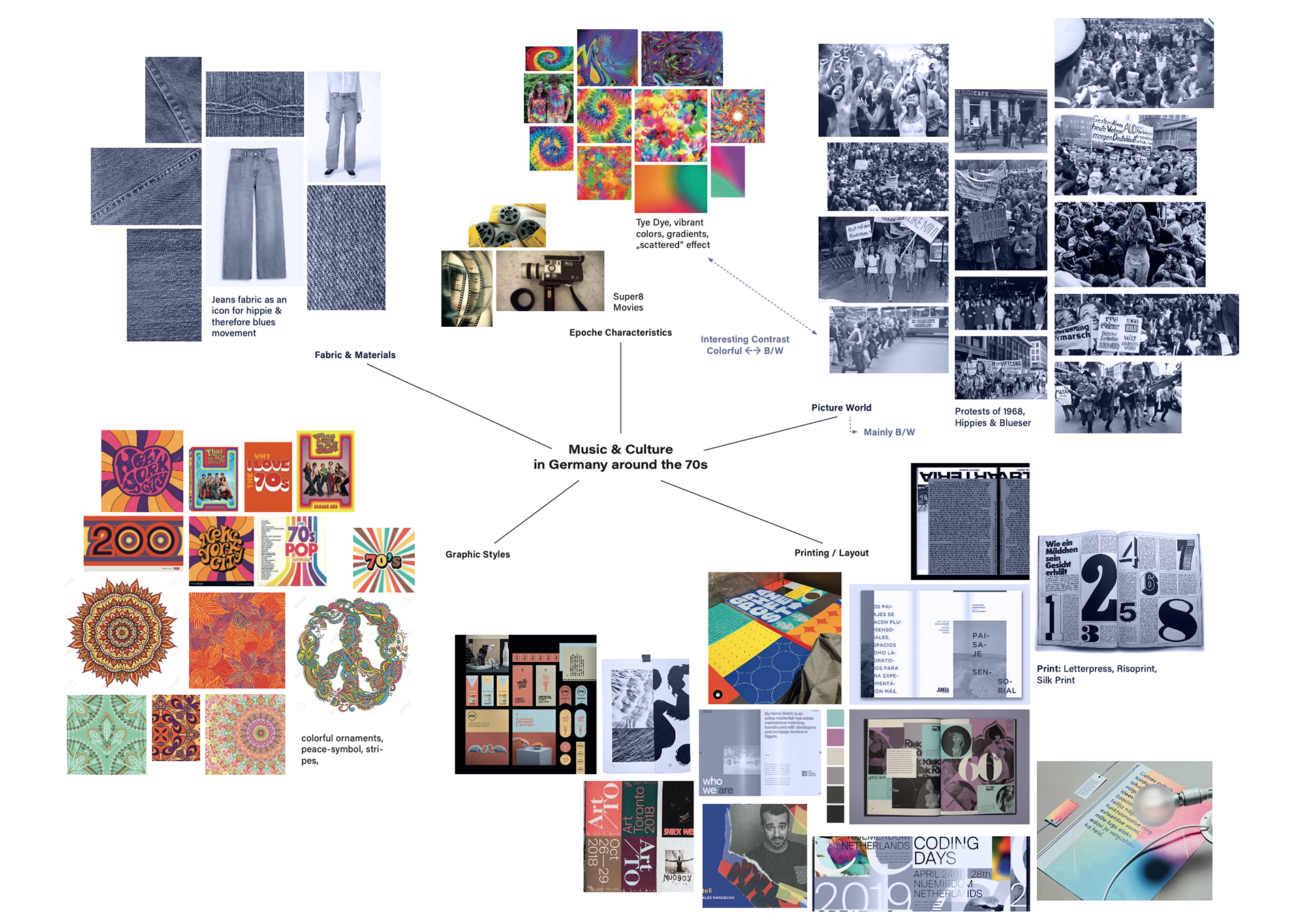 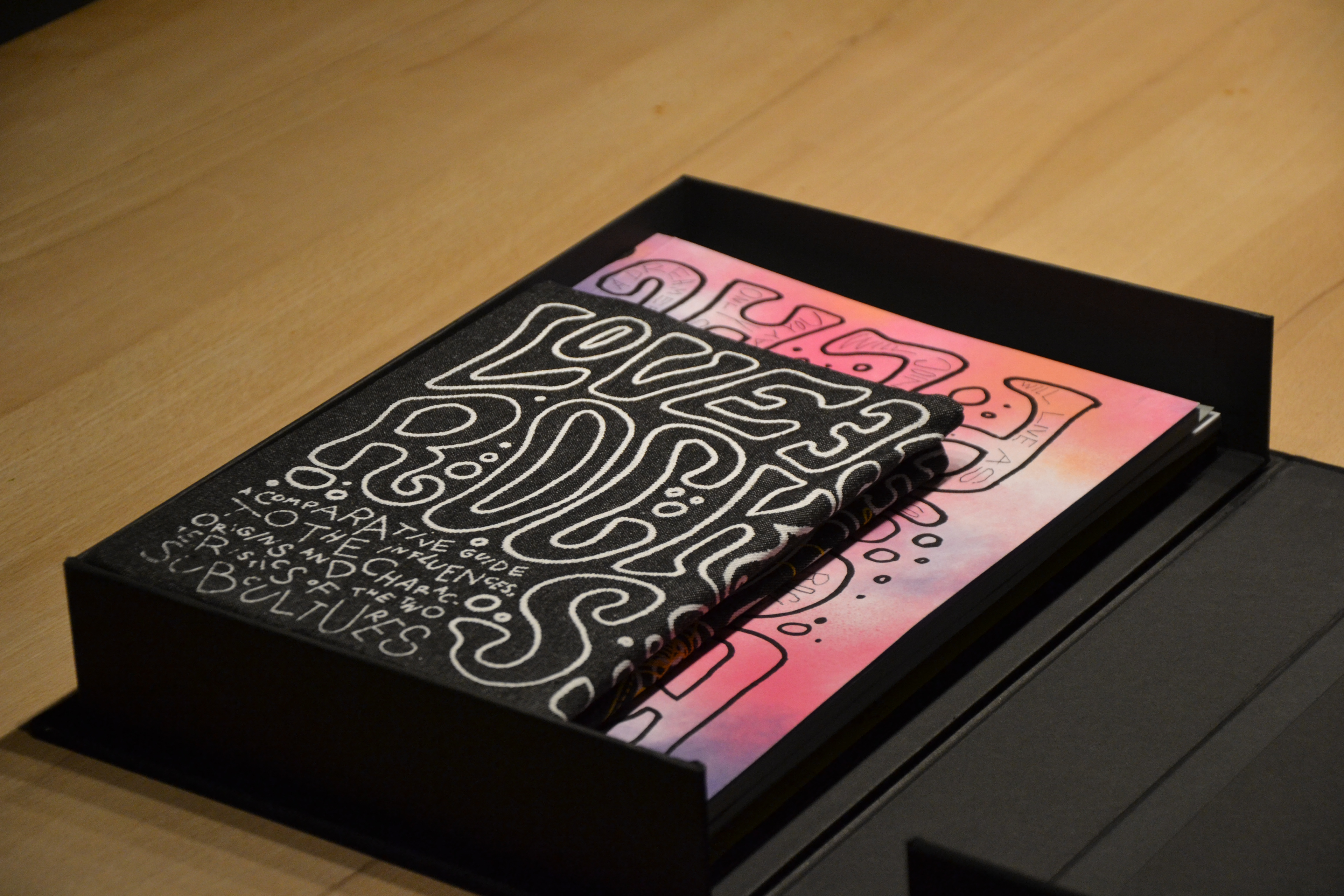 In the ending years of the 1970s there was a new cultural scene coming up; the Bluesers.
Often also known as "Customers" or "Post-Hippies", they were very inspired and could show up a lot of similarity to the Hippies. The very spiritual freethinkers, the "Hippies", originated in the West of the States but soon spreaded around the globe.
A publication should visualize the extreme contrast between the subcultures of the Hippies and the Bluesers from Germany through Design Elements, Textures and Layout. 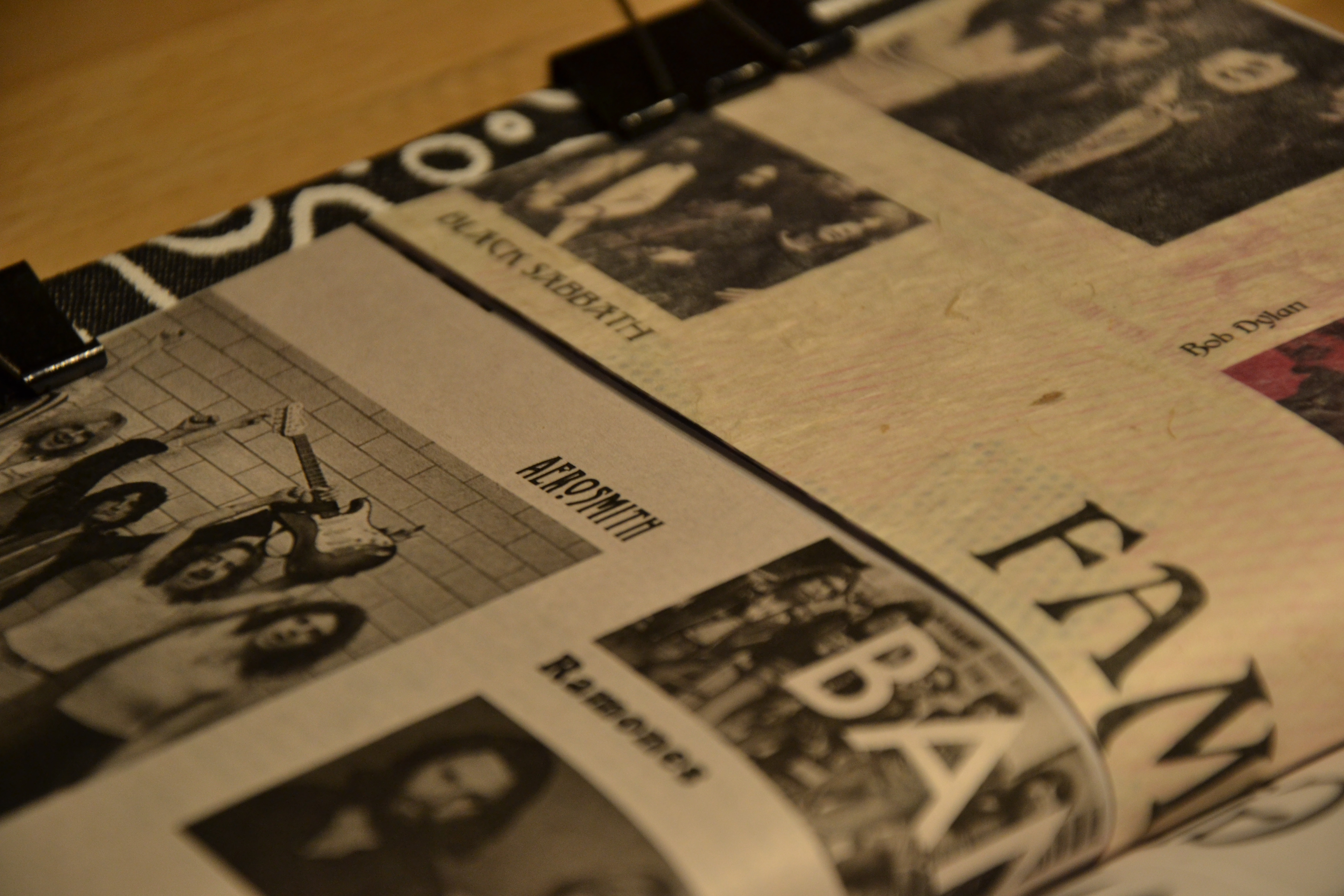 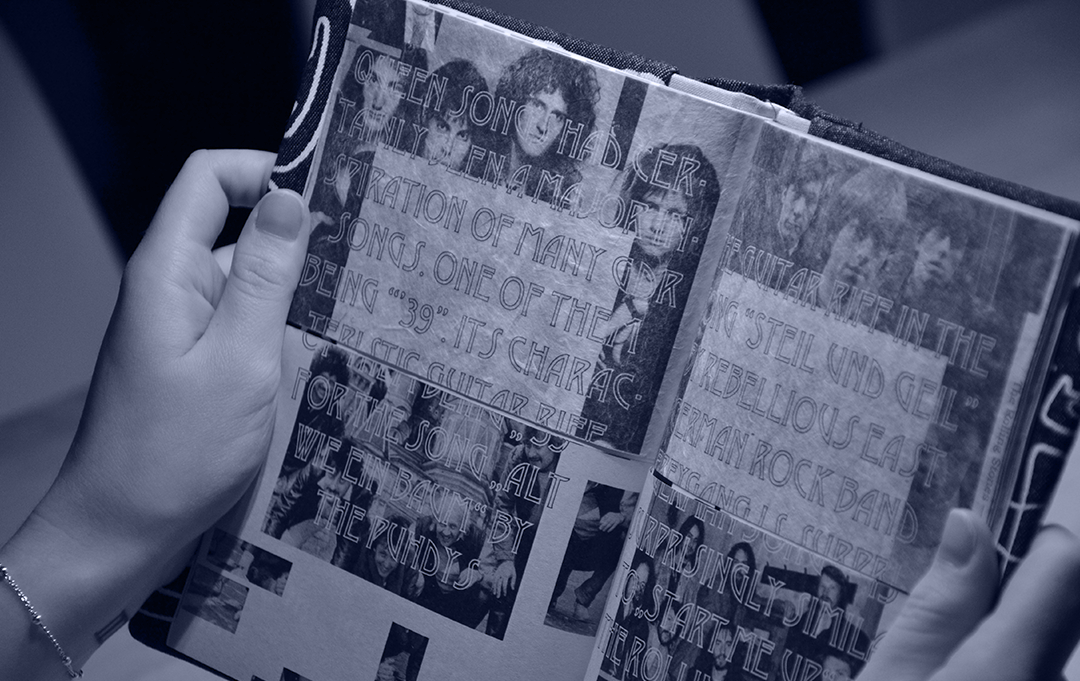 The publication visualizes the differences that arose: Due to the German Wall and forming the principles and beginnings of the blueser's subculture.
The differences were made visible by contrasting cheap copy paper with artfully hand-made paper. The former was printed with black and white, the latter with color.

Design and style elements, typical fonts and type of layout of the respective subcultures should feel as authentic as possible. The publication focusses on comparing. 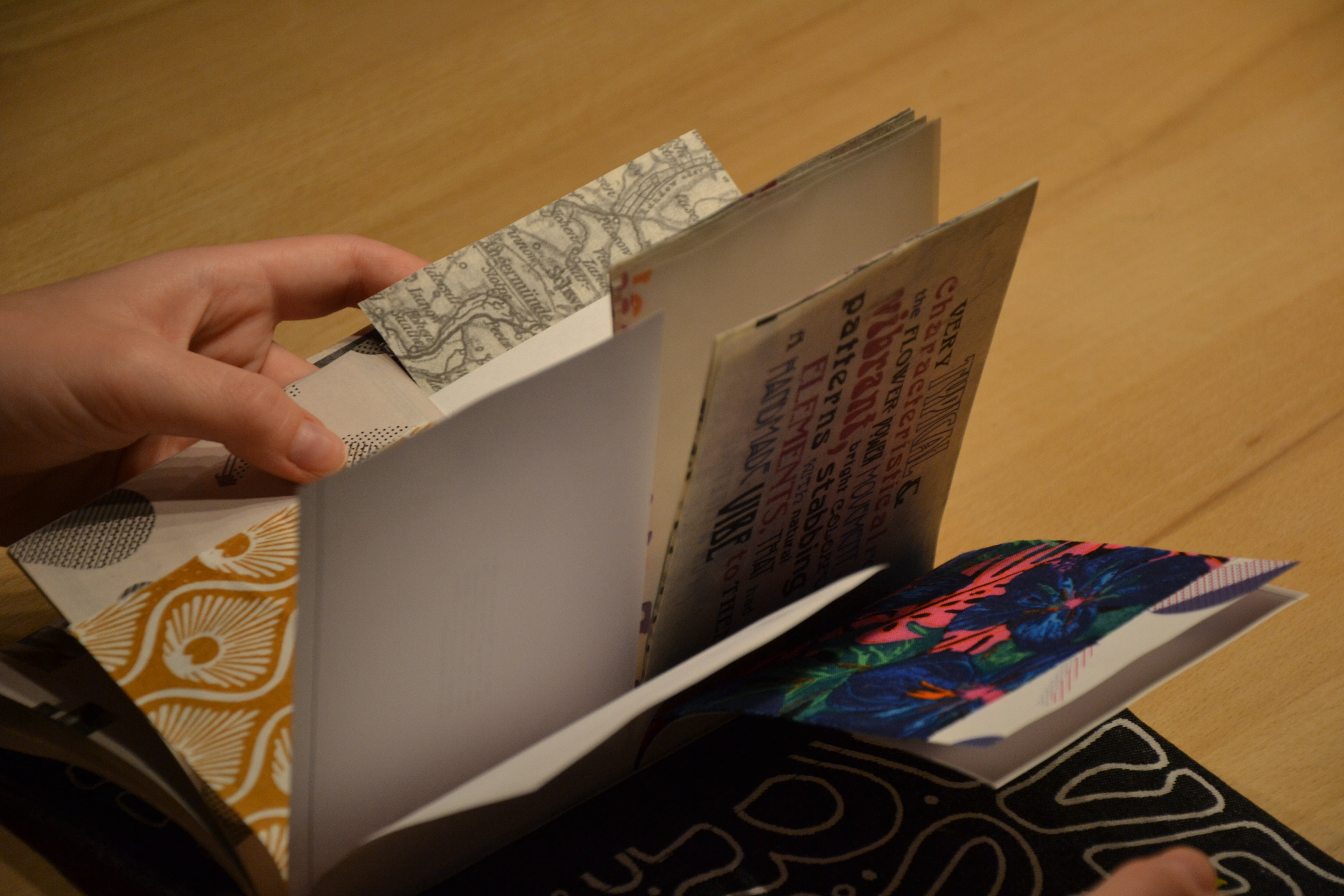 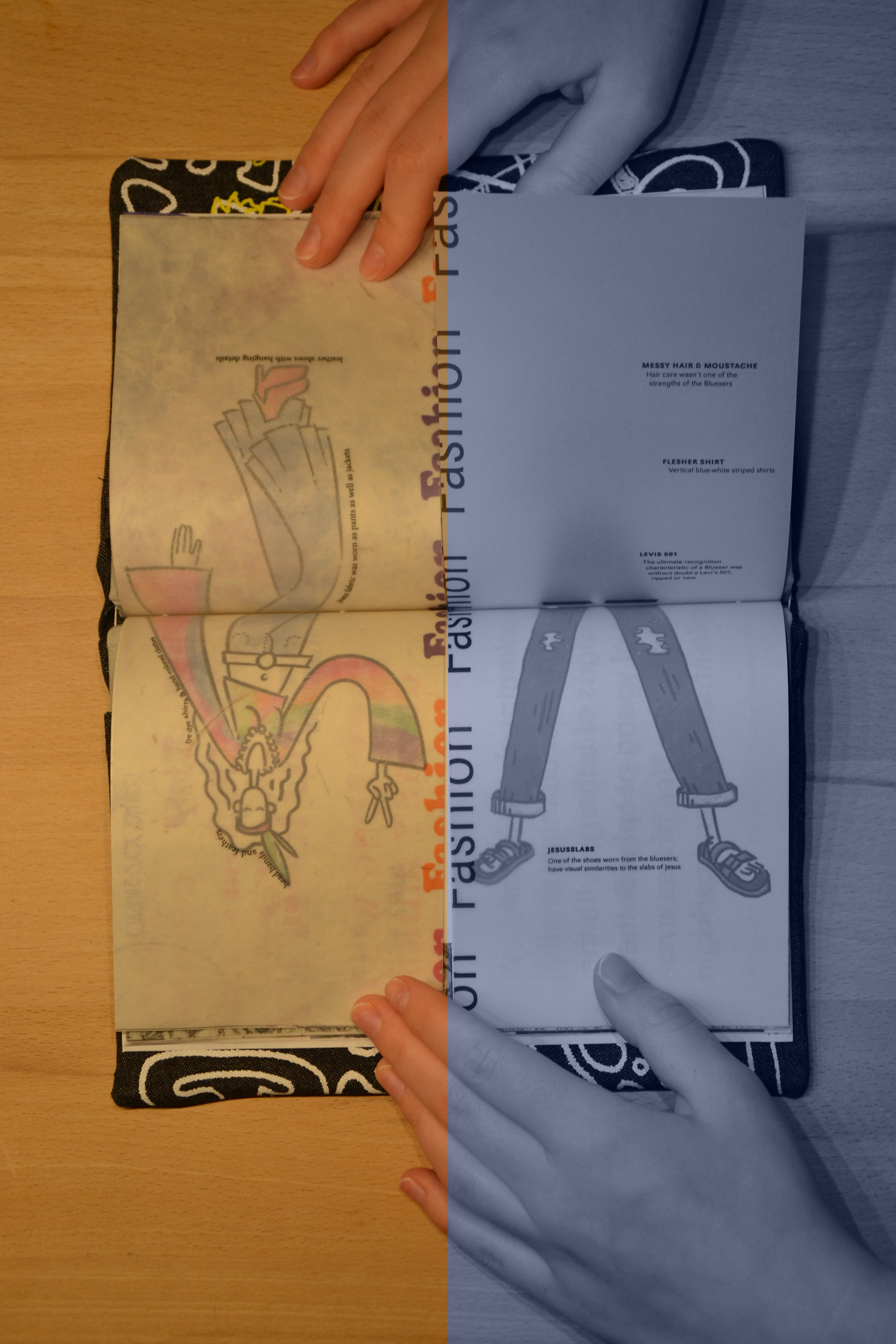 Eirich Brand Video
↑Back to Top